The night of August 25th, 2000 I, along with most of my friends, was attending my friend Olivia's birthday party. Jane was around 5 months pregnant at the time so I'm pretty sure she wasn't in attendance.  It was a perfect summer evening - with just a hint of a cool breeze.  We spent most of the evening talking, eating, enjoying beverages and laughing. In all, a pretty typical night for us that Summer.

I remember egging Liv's father into bringing out his banjo and serenading the crowd, mostly because I knew how embarrassing it would be to his daughter.  After what must have seemed like an eternity to Liv, he went to put the banjo away, but I insisted that he had to play one more song - rainbow connection. It isn't a banjo party until someone plays rainbow connection.  I have a strong suspicion that every banjo aficionado secretly hates the song, but they all know how to play it so...

Later into the night, after most guests had left, our group sat in a corner of the backyard and talked about our lives.  I was talking to my friend Christina about my boyfriend, Andy, who was not in attendance.  I told her that I felt like I had been taking him a little bit for granted lately, and had been planning to write him a love letter in the style I used to early on in our relationship, two years prior.

The next morning, after having enjoyed a leisurely breakfast, Andy and I went for a hike in a local conservation area.  When passing over a grate I noticed a massive turtle who seemed to be trapped below.  I called the number painted onto the sign by the entrance and reported the turtle's predicament to the local bureaucrat who answered (On a Saturday!). Andy and I climbed into his truck and headed back to his apartment.

An hour later I was in my car, driving home to my parents house in Niagara-on-the-Lake, Andy and I had broken up. I remember feeling numb. I also remember popping out a mix tape that Liv had made me of Liz Phair songs, since I didn't want to associate those songs with the break up. I listened to the radio instead.

Pulling into my driveway, I headed straight into the main house - having vowed to tell my parents right away. I rushed in and blurted out "I just wanted to let you guys know that Andy and I broke up today, I don't want to answer any questions but I'm ok." I then sped out of the room and into the old guest house where I was living (affectionately called the Pebble due to its size).

I can't remember if I called Liv at work, or at home, or whether we spoke directly or she had to call me back.  The whole day is like that, certain moments are seared into my memory and others are simply...gone.

Regardless of how we connected, I had broken the news to Olivia.  I still felt numb.

Liv, like most of my very close friends, has an instant sense of when I'm ready to talk and when I'm not.  That night she took me to the one place that I really needed to go. To the movies.

I have a love of movie theaters. There is a special chill that I get, right after the previews, when the feature begins.  It is a thrill to me every single time.

Liv and I had started a tradition, a couple of years earlier, of going to see every crappy teen movie that was released.  We loved the cheesy, retread plots, the dumb jokes and the predictability. (Granted, there were a few gems too, Can't hardly Wait stands out as an example of best in breed.).

The night of the break up - or as I now affectionately call it, The Great Divide - Liv took me to see Bring It On. She knew that what I needed, more than anything else, was just to sit in the dark and disconnect for 90 minutes. What happened next was a revelation. For the next hour and a half I laughed, I was transported to Rancho Carne High. I forgot that my heart was broken. It was amazing.

After the movie I think Liv and I went for a walk and talked.  I'm not exactly sure. I know that, once I was home alone, I laid in my bed staring at the ceiling and willed myself to cry.  I was still too numb, I couldn't feel the loss. I laid still, wishing it was a week, month, year later.  Wishing that I was already over it. Finally I fell asleep and when I woke in the morning the memory, and the accompanying ache, returned.

Over the next month I saw Bring It On a total of 5 times. There is nothing that can heal a gay boys broken heart faster than Jesse Bradford's crooked smile.  Except maybe time, and a friend sitting next to you in the dark.

Some days were better than others but I got so used to the ache that I didn't notice when it had disappeared almost a year later. In a way, I missed it. 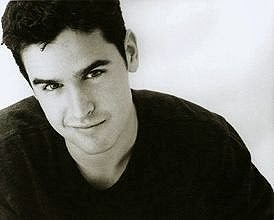