Posted by Rage-A-Mus Prime at 2:40 PM No comments:

I opened my email this morning to discover this lovely little gem courtesy of Liv. Hope it makes your Monday better. 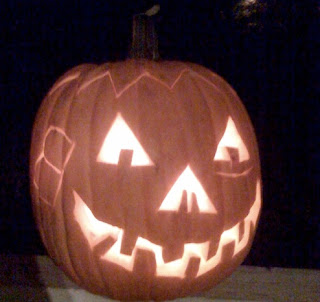 Posted by Rage-A-Mus Prime at 9:42 AM No comments:

Has anyone else been following the story about the McCain volunteer who claims she was attached and had a "B" carved into her face by an Obama supporter who noticed she had a "McCain/Palin" bumper sticker on her car? 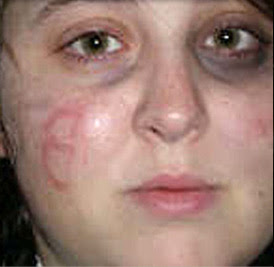 TMZ.com has been all over the story, and I have to say (somewhat proudly) that I was skeptical from the start. First off, the woman claimed that she didn't go to the hospital following the attack because "She'd get around to it in a day or two", secondly, when reviewing the tape at the ATM machine where she claimed she was attacked, the police determined that she wasn't there at all. Thirdly (and most obviously) the "B" carved into her cheek is BACKWARDS which is most likely the result of someone doing it herself using a mirror (think Mean Girls).

I don't know why, but I am always surprised by the depths that people will go to to get attention and/or malign a politician and/or his supporters. Get this woman off the streets and into the care of a psychiatrist - she obviously needs help. I mean, on top of filing a false police report, she's planning on voting for John McCain. Enough said.

UPDATE: CNN has confirmed that she made the whole thing up. Click here for the story.
Posted by Rage-A-Mus Prime at 11:33 AM No comments:

I received this movie from MoveOn.org this morning. I think it's pretty clever. I, as a citizen of the great Northern Motherland, am not eligible to vote in the upcoming election, so I think the chances of an elderly woman on the street calling me a bleepity bleep bleeper are pretty slim (by the way, the second thing she calls me - rhymes with mock pucker - is pretty offensive to 'Mos. I'm giving MoveOn a pass, but really guys... come on!). Still, elections in this country have been won and lost on a single vote. Please do your part to keep me from being the pariah of America.

Posted by Rage-A-Mus Prime at 9:05 AM No comments:

The View From Here II

The View From Here

I don't get much of a chance to watch The View these days, due to my cra-za-zy work schedule, but I have been hearing that the disagreements are getting more and more heated. Last Thursday, Joy Behar jumped out of her seat and threatened to leave the stage - she eventually sat down but fanned herself with the "Hot Topics" segment cards and kept muttering half scentences in Whoopi's direction... delicious! 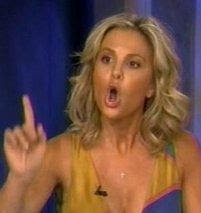 I got an email from a Rage Reader (aka, a Rager) about today's hot topics segment in which Elizabeth Hasselbeck, during a confrontation with Ms Behar, encourages her to, "Keep drinking the Obama Kool-Aid." Yikes. I will do my best to track down a clip for you kids and post it as soon as possible. Here's to hump day!

UPDATE: My brother Ian just sent me the clip I referenced above. Enjoy!
Posted by Rage-A-Mus Prime at 11:56 AM No comments: 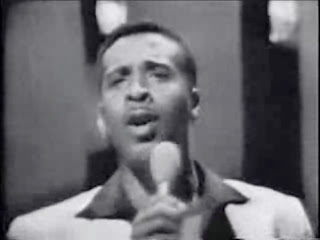 I was very, very sad to read, a few moments ago, that Levi Stubbs, the lead singer of the Four Tops and a giant of Motown, has passed away.

I will admit that I, like many people my age, came to know his voice long before I ever learned who he was, in the likeness of Audrey II in the film, "Little Shop of Horrors." I remember watching the man eating plant devour the citizens of Skid Row with a mixture of horror and excitement pumped up by the incredible soundtrack. Even as an adult, I am blown away by the depth of humor and pathos Stubbs was able to evoke - the many winks and nods his voice conveyed.

In my teenage years I came to appreciate the music of the Four Tops and Aretha Franklin, along with the Flaming Lips, Sonic Youth and Nirvana. As I learned of, and listened to, the musicians who had inspired the bands to whom I was so devoted I began to understand the connections that run straight from Leadbelly to Kurt Cobain with a stop in Detroit along the way.

There is a wonderful song by Billy Bragg called Levi Stubbs' Tears about surviving abuse and loneliness. While listening to my iPod at work, every once in a while, the song will catch me off guard and force me to pay attention. Today, especially, it is strangely comforting to hear someone singing, "when the world falls apart some things stay in place/ Levi Stubbs' tears roll down his face." One thing is for certain, the world will never be the same.

Posted by Rage-A-Mus Prime at 1:37 PM No comments:

Joey B is so enamored with this video that he actually emailed it to me specifically so I would post it. Put your thinking caps on and enjoy.

Posted by Rage-A-Mus Prime at 2:15 PM No comments:

North Korea a Terrorist Nation? That is so last week!

Let the record show that diplomacy can actually... hold your breath... achieve the desired result.

The former, as of last week, "Axis of Evil" nation had ramped up their nuclear (that's nukular in red states) proliferation project due to the large amount of sand kicked into their faces by the current administration. It was one stain too many, apparently, on the Asshole-in-Chief's record so he decided to use... diplomacy. I'm sure Condi had to spell it for him.

What a difference a week makes. Suddenly, North Korea is not a terrorist nation and their nuclear program had gone the way of the Dodo. McCain take note. There's a way to handle rogue nations in the world. It's effective and rarely costs lives. Give Condi a call, or better yet Obama, they'll walk you through it.
Posted by Rage-A-Mus Prime at 5:19 PM No comments:

I am soooo tired of hearing about the "danger" of the Bradley effect in the upcoming election.

It astounds me that, every time Obama is leading by a comfortable margin in the polls (whether in the primary versus Clinton, or currently) all of a sudden I have to read ad nauseum about the potential downfall the Senator may experience come election day.

First of all, it seems incredible to me that the first reaction, when discussing this infamous California election, is to blame the inherent racism of American society. Why would people who voted for a white Republican candidate lie and say that they had, in fact, voted for his African American Democratic opponent? Does this strike anyone else as odd? The polls leading up to election day predicted Bradley's victory as well. Consider that, according to Wikipedia, on election day, "previously (undecided) voters had voted for Deukmejian in statistically anomalous numbers." Does this strike anyone else as extremely odd?

I am no conspiracy theorist, but hasn't anyone thought that maybe the Republican machine swung into action and guaranteed the election for their boy? Fixed elections in America, and specifically in California, are not without precedent.

I don't make this point as an attempt to pretend that there isn't a race problem in America, but to instead illuminate that this "effect" may actually just have been an example of politics as usual. Only in America.
Posted by Rage-A-Mus Prime at 4:57 PM No comments:

Schleping is all the Rage

Voting is the single most important part of any democracy. The second most important is trying to get other people to vote the same way as you. Now, you may not be able to get Crazybeth Hasselbeck to tone down her political arguments (that only dogs can hear) but you may be able to influence certain people in your life. People who maybe live in Florida? People who can't help giving you kisses because how can you resist when someone is "sitting, looking so perfect mit a punim like that". Here's Sarah Silverman to explain:

This is literally hilarious... Literally.

I was not fooled for one second by your manic folksiness and arrogant (was it an attempt at joviality?) pronouncement that you were only going to answer the questions you wanted to at last night's debate. Here's the only problem, you really didn't answer any at all. You spouted opinions written by a team of republican talking-point monkeys with a emptiness behind your eyes not seen since Cindy McCain's "painkiller period".

It's bad enough that we have had to endure a President who is nothing more than a puppet for Darth Cheney, now you, and McCain for that matter, have sold your souls to Karl Rove's apprentice. Are you really that ambitious?

Here's the problem with that spectacle last night, though you were able to, adequately, answer the questions by essentially not answering them (but in carefully prepared talking points) you were not actually present at the debate. When Senator Biden was talking about sitting up at night not knowing whether his young son would see the morning you responded with a comment about how John McCain is a maverick. What the eff does that have to do with anything?

Take my advice, go back to Alaska. Travel. See the world and it's people. Learn legitimately about the subjects that you spoke of last night. You've already proven you're a quick study, now take the time to form an opinion. Of your own.
Posted by Rage-A-Mus Prime at 10:43 AM No comments:

Voting is all the Rage

Posted by Rage-A-Mus Prime at 3:26 PM No comments: