Transform this Film Into Something Watchable, PLEASE! 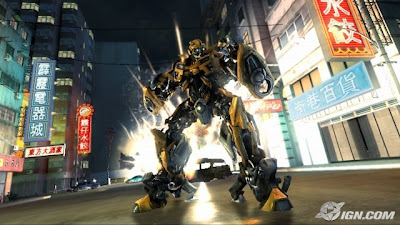 The Transformers sequel is horrible. Terrible. Really, really bad. Couldn't sit all the way through it, bad. Save yourself the time and the money, bad. There is definitely not more than meets the eye.

A plotless, plodding, mess with bad writing and ZERO plot. If Mystery Science Theater was still on, I would nominate this movie in a second - because they would cut a good hour out of it, but I'm not sure it's even bad/good. It's just BAD!
Posted by Rage-A-Mus Prime at 5:15 PM No comments:

I have often said it would be really fun to work on Burger King's ads. They seem to allow their agency to have a lot of freedom and are comfortable pushing the envelope.

This new ad, however? Let's just say I had a hard time swallowing it. 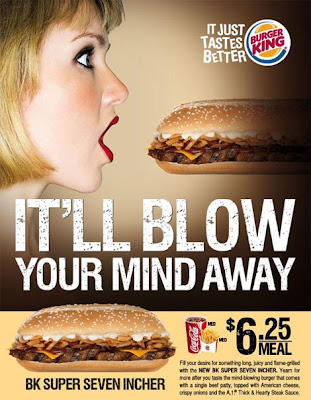 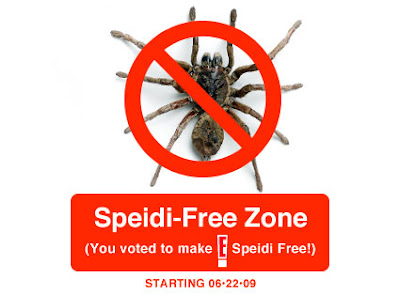 Following a poll conducted by E!News, they will no longer be running news stories about the terrible hills twosome. I am thrilled. I wish the rest of America would follow their example.
Posted by Rage-A-Mus Prime at 1:26 PM No comments:

I was going to title this posting, "Smack that bitch, up!" (which is a parody of a song title) but but the whole Chris Brown trial I decided it was in rather poor taste.

I am just learning that Smerez Smilton got smacked by Polo Molina, the General Manager of the Black Eyed Peas, yesterday in Toronto following the MuchMusic Awards - ALLEGEDLY. I am never a proponent of violence (EVER) but I have to admit that my first impulse is to wonder what the Queen of All Trash had done to provoke the incident.

According to TMZ, the Toronto Police department threatened to prevent the entire band (which is on tour) from leaving the country unless the manager turned himself in - which he did this morning. I'm looking forward to following this story rather closely on TMZ, as should you...

But, the bottom line remains, do not hit people. Even if they are multi-hair-colored Cuban sasquatches who draw infantile erections on celebrity photos. Smack is Wack!
Posted by Rage-A-Mus Prime at 12:28 PM No comments:

Have you ever been paralyzed by a decision. Sat up all night composing a pro/con list? There's a site, which launched today, that night help. It's called Hunch and it purports that by asking you a series of questions, it can get to know your likes and dislikes, therefore it can help you to make those tough decisions. The claim is that the more you use it, the more accurate it will be.

Basically, it asks innocuous questions to help them determine what demographic you are part of, and uses that information to "suggest" products you should buy. For instance, it suggested I buy a Saab convertible.

A cute diversion, but don't be fooled. This site is trying to "intuit" you into opening your wallet, you twit!
Posted by Rage-A-Mus Prime at 1:41 PM No comments:

With another season of the emmy-award winning "Kathy Griffin: My Life On The D-List" premiering, Ms. Kathy Griffin is making the promotional rounds. Here is her appearance last night on David Letterman. It doesn't get much better than this.

Let's All Have Sex with Ducks!

Opponents to same-sex marriage, often site that this is the gateway to people being able to marry and/or fornicate with Animals. Garfunkel and Oates have this response:

While watching the Kentucky Derby at a wine bar on the Upper West Side with a friend and a handful of cheering sippers, I high-fived a stocky guy wearing a blue baseball cap and drinking a bloody mary who was sitting next to me as the gate opened.

Even though my horse, Chocolate Candy, finished fifth, he pumped his fist with a little excited sigh. What was as surprising as the 50-to-1 long shot Mine That Bird coming from behind to crush the field was my bloody mary barmate’s sheepish announcement that he had just won $1,000 on a $20 bet.

Turns out a week earlier a bird flew into his apartment. He told us how he coaxed the bird onto a towel and then carefully placed it in a tree near his apartment — and showed us the picture on his iPhone. Another example of a good deed rewarded. Oh, and he bought us a round of drinks! Stefani Jackenthal
Posted by Rage-A-Mus Prime at 10:46 AM No comments:

Ruins are All The Rage 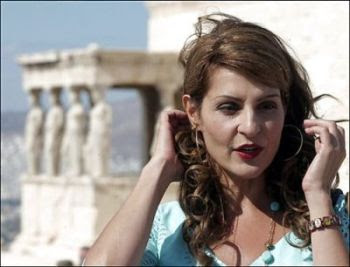 Ianovich, Joey B and I spent the weekend making plans to go see "My Life in Ruins" and then, instead, taking long naps and/or ordering food instead. Still, with much perseverance on the part of Joey B and Ian, we managed to make it to the Webster 11 last night to catch the return of Nia Vardalos to the big screen, after a 5 year absence.

My friends, it was worth the wait.

I am not going to pretend that this is a terrific movie - it's not - but it is a charming film which, in some circles, is even better. There were some jokes lifted directly from "how to write for sitcoms 101" and the characters are painted with a very, very broad brush but on the whole I found the experience very enjoyable. Ms Vardalos takes the routine material and makes baclava - and by that I mean Greek gold! Kudos as well to Richard Dreyfuss who manages to strike a very difficult balance between wise cracking and simply wise.

I wish the cinematography could have done more with the amazing greek landscape, but on the whole, nothing detracted enough from the story to lead me to not recommend this film to everyone. I walked out of the movie with a smile on my face, and I would see it again,.Very high praise indeed.

A certain celebrity received this email from a certain network today:

Please know that your profile piece
on CBS Sunday Morning
will air this Sunday,
June 7th at 10:00am eastern
on CBS

HURRAY!
Posted by Rage-A-Mus Prime at 4:21 PM No comments:

Getting F'd in the A by Fame

Even before her recent anxiety attack, I was already getting very concerned about Susan Boyle. A woman from a very, very small town with a huge voice. We have all seen how "overnight" sensation actors - who have been struggling for years - can succumb to the sudden glare of fame by shrinking like violets in the sun. Take a very sweet, and very unsophisticated woman, throw in millions and millions of internet viewers, a whirlwind media tour on 2 continents and you have a recipe for disaster.

Years ago, I dreamed of being famous. A performer to the core, I imagined challenging myself with roles in film, television and on the stage. Even then, I said I wanted to be a working performer, but I would NEVER want to be a celebrity.

Being a (surprisingly) private person - I could never handle the paparazzi and trash magazines & blogs who feel free to print distortions and lies based on an "inside source" or provided by someone you sat next to in 10th grade english. It seems like a nightmare.

The point was brought home recently on Rosie O'Donnell's blog. Rosie, the author of NY Times bestseller Celebrity Detox ( a tome all about the downside of fame) was asked a question recently in the "Ask Ro" section of rosie.com The blogger asked Rosie how she could have been so rude to a friend of hers last week at "Daffy's on 54th street" - Rosie responded that she was not at that restaurant last week, or ever for that matter. Here is what I think occurred on that night.

The "friend" approached a woman at Daffy's and said, "Excuse me, aren't you Rosie O'Donnell" to which the woman replied, "No I am not". I am sure that, given that the report was that the woman at Daffy's was rude I can imagine that this woman, was probably not so nice about it. Regardless, even if it had been Rosie, who is out dining with friends, should she be forced to be nice to everyone who interrupts her in a way we would never do to anyone else, for fear of seeming rude.

People often say, that celebrities ask for it by offering access to their private lives, and I grant that some do, in an attempt to attain more and more fame, but for the most part wanting to act in movies doesn't mean that you are willing (or even aware) that it means having to sacrifice your privacy or give up your ability to dine in public with friends without being endlessly pestered. The ability to shop without huge crowds gathering or a paparazzi crush (known as a gang bang) preventing you from reaching your vehicle.

Ms Boyle has been in the spotlight less than a month and has already been hospitalized. I fear for her, and the child stars today who will be vilified tomorrow. Fame is a truly a drug, and the public is the guiltiest enabler of all. Put down the magazine, stop reading Schmerez Schmilton and leave the Gosselins to work out their marriage on their own. Let's all get off the gossip smack. As Ms Whitney Houston said, "Crack is wack!"
Posted by Rage-A-Mus Prime at 9:54 AM No comments:

Coming Out in the 21st Century

It almost boggles the mind to think back to the absolute panic I had before coming out in the early 90s. The fear of the unknown is not to be underestimated - think Samantha Jones and her infamous HIV test. Once I had told my close friends and immediate family, there was a huge weight lifted from my shoulders. But during those months I subsisted on a steady diet of anxiety and relief - having to sit through virtually the same uncomfortable conversation time and time again.

A TIME article, posted on CNN today had me laughing at how far we've come in the past 15 years. Check it out for yourselves.
Posted by Rage-A-Mus Prime at 10:39 AM No comments: